I think that Nokia Treasure Tag is a nice gadget and I suggest you to have a look to this page where all its features are listed: the nicest one is that, attaching it the to your belongings, it alerts you when you are about to leave them behind, … and you can pair up to 4 tags. There are two versions, Treasure Tag WS-2 and Treasure Tag Mini WS-10 (both measuring in at the same 30mm x 30mm face, the second one is nearly half the as thin  – 5.8 mm vs. the full size’s 10mm-  and less than half as heavy – 6.2g vs. 13g). As said in WindowsCentral blog, most notably, the Treasure Tag Mini doesn’t include NFC, so pairing will have to be done manually. The Treasure Tag Mini also doesn’t include a buzzer speaker, so if it’s separated from your Windows Phone only the smartphone will sound the alarm. The battery is also significantly smaller (1/3 the capacity of the full size Treasure Tag), but with the reduced feature set also comes savings in battery life — you’ll still get 120 days of life out of a CR2016 coin cell alkaline battery.

Unfortunately it is not cheep (you can find at about 23€) … but I think I will buy one anyway, I think the WS-2 that is NFC one even though a little bit thicker! So I had a look at the app to be used. Ones it was the Treasure Tag app but, just some days ago, a new one was released called Gadget app. I succeeded to install it on my Windows Phone 8.1 device directly accessing to the app page in the Store (in fact the search function does not find it) but, unexpectedly, I was not able to install it in my Windows 10 Mobile (build 10586 for Insiders) device because in the Store the App download button seems disabled (may be in Edge my device is not seen as a mobile one??) … anyway I think it is only a matter of time because I read that Gadget app is already preinstalled in the new Lumia 950. 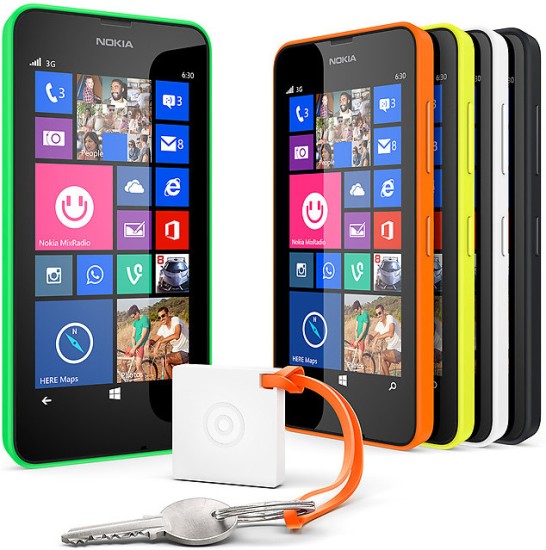