To record the screen and make some tutorial, in the past I used several free applications and I wrote also some posts about that. For example CamStudio was suggested in the Nice tools (for free) post and the Microsoft Expression Encoder 4: how to record your PC screen for free (in HD) one, … where I underlined as several versions of CamStudio you can find on Internet are now not virus and worm free! .. and the he use if Microsoft Expression Encoder cannot be so easy …

There is anyway a further alternative using a feature available in the Xbox app that is already installed in Windows 10 (it cannot be uninstalled indeed!): it is a hidden native feature embedded in Windows 10 that you possibly do not have noticed and that lets you record a video clip of your screen up to 2 hours. It is Called Game DVR, being this feature designed to record video game footage… but it doesn’t just work for games. It is very easy to start and use but it has a limitation that can be very big for a generic tutorial: it can record only the screen of an application, so nothing of the desktop, included its toolbar and menù.

A step to step procedure can be found in this post of the cnet site and so in the following I will only show some screenshot I took without repeating the explanation. Anyway it is sufficient to run the Xbox app (and leave it running) and run the application you want to record (e.g. Word, Maps, whatever … even a browser) and have its windows be active when clicking  Win key + g.

A popup window asking you  want to open the game bar. You have to accept and let that Game bar appear. You can than start recording clicking the proper red icon and possibly choose to capture also the audio from the microphone. If you need to get only a screenshot you can use the camera icon … but for this purpose the Snapshot Tool is much easy to be used! 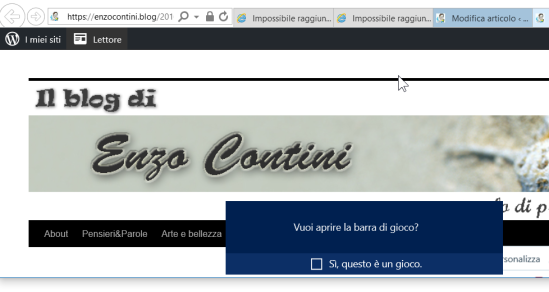 After Win key + g on the active window

The list of all the recorded files can then be found in the Game DVR section of the Xbox app, reachable clicking on the left side menu icon representing a gamepad. 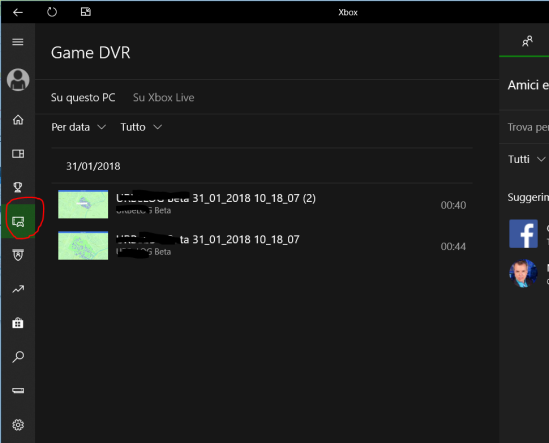 Clicking on a specific recorder video, you can see it and find it on a folder of your PC clicking the Open folder button available at the bottom. Here, you’ll see a list of your recorded clips, along with some limited editing features such as the ability to trim a clip or rename it.